The Generic PWR (GPWR) Simulator developed by WSC has been upgraded to use 3KEYRELAP5 for reactor thermal hydraulic modeling. The initial delivery used 3KEYMASTER?s two-phase FlowBase hydraulic modeling tool. This allows  the simulator to teach complex phenomena in a nuclear power plant with engineering codes, such as Idaho National Laboratory RELAP5 3D thermal hydraulic and NESTLE neutronic models.
Currently, three versions of the GPWR Simulator are used by multiple companies and training institutes around the world. The initial version was developed based on the International System of Units (SI) System for use in international markets such UAE; this was later modified to use the British Unit System for use in domestic US market. The third version using the RELAP5 3D software will be offered domestically and internationally for users who require higher fidelity models for research or education. 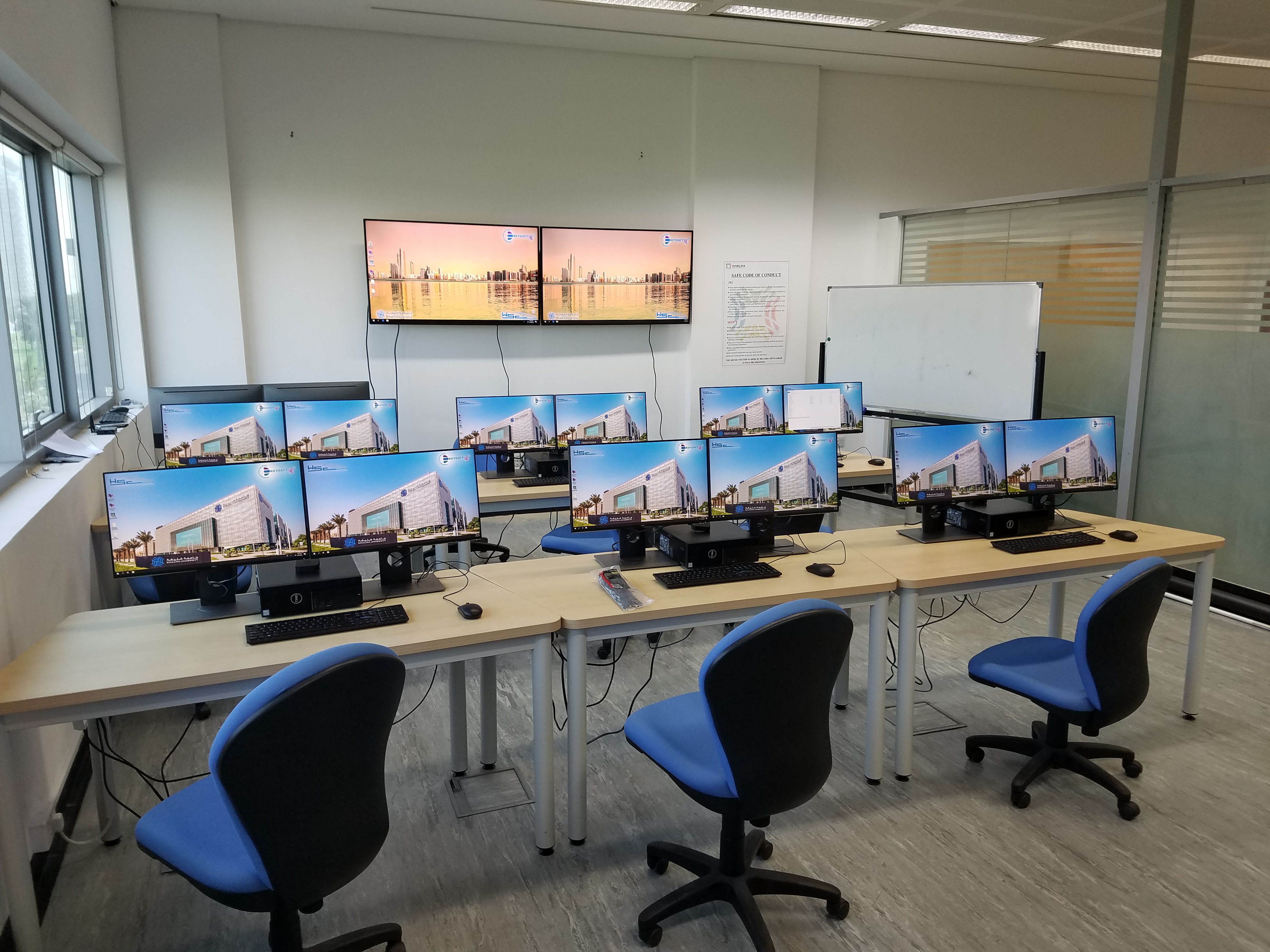 The Khalifa University project included the delivery of an improved classroom environment, through the addition of 3KEYCLASS Super Instructor Station, to control/monitor the classroom simulator configuration. The project also included an updated  Hardware Platform with a new Instructor Station, 6 Student Workstations (dual 24" LCDs), and two 55" LCDs.