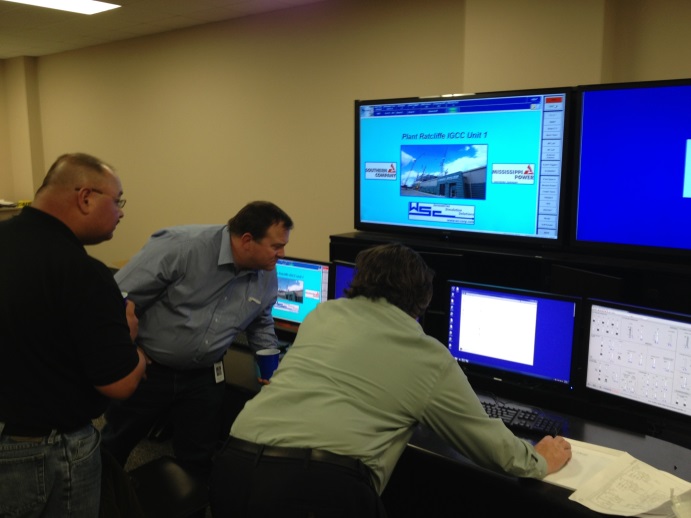 WSC delivered two full-scope, high-fidelity simulators to the Mississippi Power Company (MPC) Kemper County Energy Facility. Kemper County facility is a 582-megawatt electric power plant using an Integrated Gasification Combined Cycle (IGCC) design called TRIG technology. It will use innovative clean coal technology to deliver safe, reliable electricity to Mississippi Power customers. The plant will be the largest, most ambitious one of its type in the world when it begins full commercial operation in 2016.

Phase I of the simulator, the conventional power island, was delivered by WSC in March of 2013, and has been used for operator training on the 2X1 natural gas fired combustion turbine combined cycle plant, which began supplying electricity in August 2014. Phase II of the project, including coal prep and handling, gasification, chemical processes and clean-up plant, which is now delivered to site for operator training, was used extensively by Southern Company Services (SCS) for Simulation Assisted Engineering (SAE), especially DCS I&C and HMI design optimization efforts.  Over the last three years, SCS and MPC maintained a presence at WSC which included I&C and HMI design engineers, system experts and operations staff in order to maximize the benefits of the high fidelity simulation in plant and controls design efforts, as well as operator familiarization with this unique plant.

In reference to the plant itself, Southern Company's Bill Vikara, Lead Test Operator, said that: "Kemper would not be as successful going forward if the company didn't authorize the development/implementation of an operations training simulator.   I don't think - I know -  that there isn't another simulator company that would have been able to take on this project and be successful.  The work that your team has accomplished with less than adequate information is commendable... I appreciate all of the hard work and dedication you and your team have displayed over the past 3 years, and know that in the end it made Kemper better. The ultimate success of the project was due to the close cooperation and teamwork between WSC, SCS and MPC and would not have been possible without the key people who contributed so much to this project.